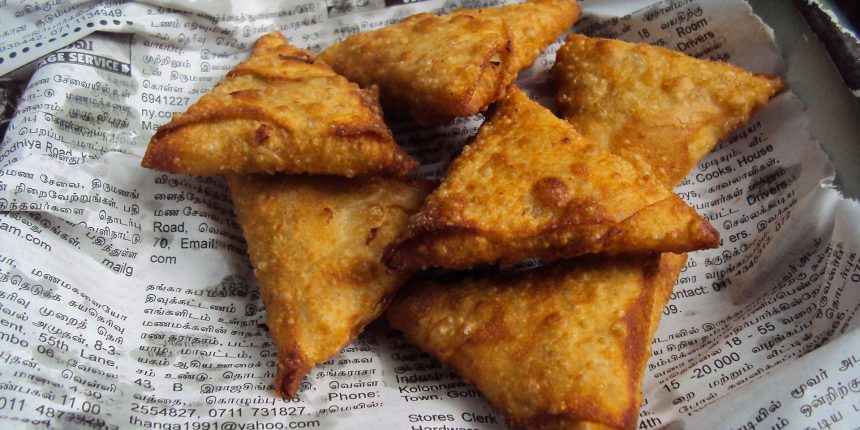 Samosas Chicken Recipe- How to Make a Delicious Samosas

Today I’m going to be making samosas chicken recipe. Samosas are flaky deep-fried or sometimes baked pastries and it’s claimed to have originated from Central Asia but today they’ve become quite popular in other regions of the world, so to make this dough I’m going to be combining some flour together with some salt in a large bowl and to that I’m going to be hiding some oil.

Mix this together and adjust the seasoning if necessary. finally I’m going to be staring in some scallions and about a handful of spinach and you can actually replace the spinach with some parsley or coriander leaves BUT  before you take this off the heat, make sure the water is totally dry otherwise if there’s any water in there, it’s going to seep into the samosas and you’re going to hand up with a soggy samosa and that is it for the stuffing.

Now the dough is well rested and I’m going to take it out of the bowl to my work surface divide this dough into six parts then fly the work surface and roll out each piece into a circle at this point you can proceed into Cottenham filling needs but I like to go a step further. So I’m going to hit this hop in a preset he left for just a couple of seconds once the fall side is done, this should take about a couple of seconds, flip to the other side and also cook it for about 5 to 10 seconds and you can now remove it from heat.

what I’m doing here is just mixing together some flour and water and I’m going to make a thick paste for gluing together the samosa pastry now take each of the pastry and cut them into four quarters then let each what’s on the table one at a time and apply the paste to both the inner edge and the outer edge of the pastry then glue it together.

Stop it with about a tablespoon of filling but don’t over feelings now pushing the glued side of the pastry then apply some paste again to the end and fold it over it’s just like folding in an envelope it’s quite easy okay it’s no time to fry this.

I’m going to be frying these in a preset oil of about 350 degrees feel free at this point to turn the samosas over and over again until it’s golden brown once you achieve your desired color, remove it from heat and drain it on a paper towel and here is the final look of the samosas they look really good.

Thank you all for spending your time with me today.